The Auto Union V16 Type C Streamline '37 is a Race car produced by Horch and Auto Union, the direct ancestor of what is now Audi. It only appears in Gran Turismo 4 and Gran Turismo 6.

In 1932, the Auto Union was founded as an amalgamation of four German automobile manufacturers: DKW, Wanderer, Audi, and Horch, to overcome the depression after World War I. The Auto Union was backed by the government, and actively participated in motorsports around the world together with companies like Daimler-Benz.

The Auto Union Type C was the world's first mid-engined GP racing car, and was designed by Dr. Ferdinand Porsche.

Taking the steering wheel were ace drivers Bernd Rosemeyer, Tazio Nuvolari, and Hans Stuck, who together recorded an incredible number of victories in the 750 kg formula races held for 3 years from 1934.

The engine was mounted longitudinally with a displacement of 6,330 cc[1]. It was a special setup combining a V16 SOHC with a 2-stage supercharger, and even in its very basic configuration the car produced 512 BHP @ 5,000 rpm. This extremely tail-heavy car was difficult to drive, and only a handful of skilled drivers were able to control this car properly on the track.

In 1938, the Type C with Bernd Rosemeyer as the driver made a speed record attempt on a strip of the Autobahn between Frankfurt and Darmstadt. This Type C was equipped with a special Streamliner body with low air resistance. However, the car was blasted off course by a sudden gust of wind and overturned, with Rosemeyer tragically losing his life in the resulting crash. The top speed of the car at the time is said to have been 479 km/h (298 mph).

This car can be obtained by winning the Grand Valley 300 km endurance race (in the international versions of the game), or bought at the Audi Legendary Cars Dealership for 500,000 Credits. In this game, this car can be driven only on the Nürburgring Nordschleife, and Test Course.

This car can be purchased for 500,000 Credits. Unlike in GT4, no circuit limitations are present. It also has a detailed interior, despite not having a gallery view or working tachometer. 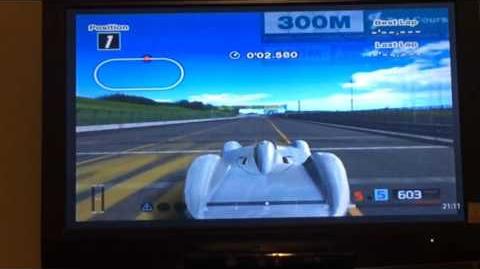 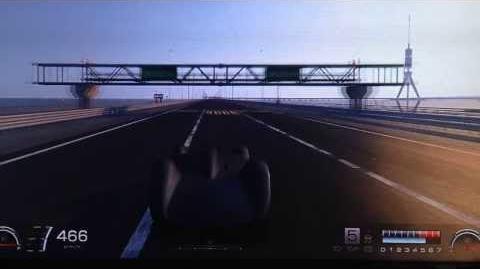 Retrieved from "https://gran-turismo.fandom.com/wiki/Audi_Auto_Union_V16_Type_C_Streamline_%2737?oldid=151603"
Community content is available under CC-BY-SA unless otherwise noted.