The player can choose four colors upon buying this car:

"Incorporating engine technology made for aircraft, the reversed lettering on the front spoiler says it all."

The world oil crisis in the '70s changed the nature of the automobile, having a large impact on high-performance vehicles and racing cars. Using greater displacement to generate more power was no longer in step with the times.

The automotive world's solution was the turbocharger, achieving forced induction of the air-fuel mixture using a turbine driven by the energy in the engine's exhaust gas. Since turbo technology was normally used in airplanes, BMW had a rich base of practical knowledge from the beginning, having its original roots in manufacturing aircraft engines. So, BMW decided to utilize turbo technology in its own mass-production cars.

As a result, the 2002 turbo emerged in 1973. Built on the basis of the 2002 tii, the top model in the 2002 line, the 2002 turbo added a KKK-made turbocharger to the existing 1,990 cc SOHC inline-4 to achieve a whopping 169 HP maximim output. This represented an impressive 39 HP increase in power over the normal 2002 tii. Since the curb weight remained essentially unchanged, the 2002 turbo was able to achieve an astonishing top speed of 131 mph from a 2-liter engine.

The suspension and chassis were also strengthened, and spoilers were added to the exterior. One thoughtful and amusing little touch was the addition of the word "turbo" on the front spoiler, written in inversely so that a car in front would be able to read the word in its rear-view mirror and identify the 2002 turbo as a high-performance vehicle.

Unfortunately, the 2002 turbo had higher-than-expected fuel consumption and the turbocharger was unreliable, so sales weren't what BMW had hoped for. Production lasted only a year, with a mere 1,672 vehicles built.

This car can only be obtained by winning the BMW 1 Series Trophy.

As a Standard car, the BMW 2002 Turbo '73 can be purchased from the Used Car Dealership for 40,881 Credits. An alternative way to obtain this car is by winning the German Touring Car Championship in A-Spec mode. It is a Level 0 car.

This car can be purchased for 56,800 Credits. It is a simplified car. 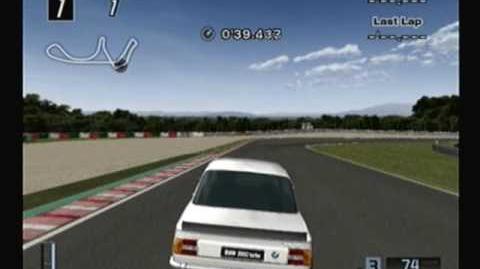 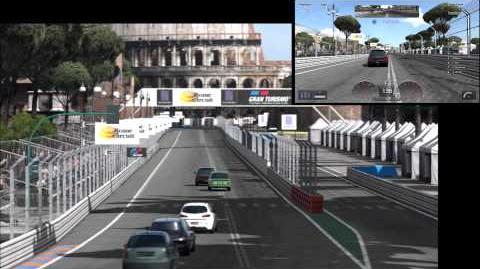 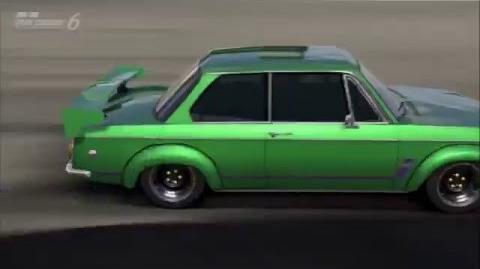 Retrieved from "https://gran-turismo.fandom.com/wiki/BMW_2002_Turbo_%2773?oldid=149477"
Community content is available under CC-BY-SA unless otherwise noted.