The car appears to be the #7, driven by Rinaldo Capello, Tom Kristensen, and Guy Smith, who finished the 2003 24 Hours of Le Mans in 1st place overall, winning the series as a result.

"The Bentley Racing machine, returning to the circuit after 71 years."

Although Bentley is mostly known today for its high-end luxury cars, it was a dominant force in racing from the early 1920 to 1930. The company actually won the 24 Hours of Le Mans five times between 1923 and 1930. When Rolls-Royce absorbed Bentley in 1931, all racing activities stopped... that is until 1998 when Volkswagen resurrected Bentley's racing life. In 2001, after nearly 71 years, Bentley was back at Le Mans, on the Sarthe Circuit, with their EXP Speed 8.

The EXP Speed 8 was the only LMGTP-class vehicle, meaning that it was categorized with the open-top LMP900s. The 2001 vehicle regulations stated that a fixed-roof LMGTP race car must carry a penalty when racing against the open-top cars, but because the EXP Speed 8 was completed in 2000, that restriction was waived, and it was allowed to compete "as is".

The EXP Speed 8 had a lightweight monocoque carbon composite structure. Power came from a twin-turbocharged 3.6-liter V-8, the same engine found in the Audi R8 in the LM900 class. The EXP Speed 8's greatest moment came in 2003 at the 24 Hours of Le Mans. Even after losing two laps to delays, the EXP Speed 8 managed a 1-2 finish. After 76 years, Bentley had once again climbed to the top of the podium at the greatest endurance race in the world.

This car cannot be purchased at the Bentley dealership. It must instead be won from Circuit de la Sarthe 24h II.

This car can be purchased from the dealerships for 4,000,000 Credits.

As a Standard car, the Bentley Speed 8 '03 occasionally appears in the Used Car Dealership, costing around 5,750,000 Credits. It is a Level 23 car. 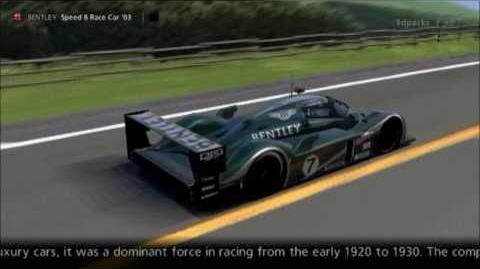 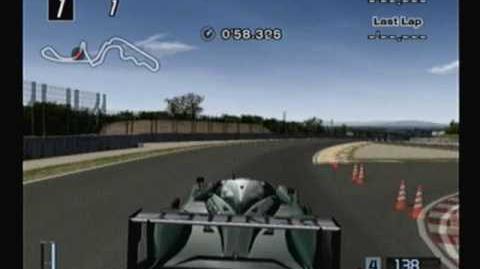 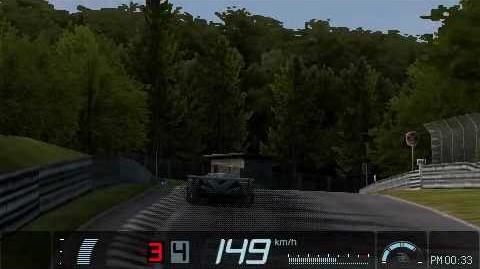 Retrieved from "https://gran-turismo.fandom.com/wiki/Bentley_Speed_8_%2703?oldid=152368"
Community content is available under CC-BY-SA unless otherwise noted.