The Chevrolet Camaro Z28 30th Anniversary '96 is a road car produced by Chevrolet. It only appears in the original Gran Turismo and in Gran Turismo 2.

There is only one color combination available on this vehicle:

This version of Chevrolet's muscular Camaro was a very fast, capable machine. More refined than previous generations, it still had plenty of raw-boned character and attitude. It had the classic front-engine, rear-drive chassis layout, with independent short and long arm front suspension and a live axle with coil springs in the rear. Ventilated disc brakes at all four wheels gave it good stopping power. The venerable 3800 V6 powered the standard Camaro, but the top-of-the-line Z28 had the classic 5.7-litre (350 cubic inch) LT1 "small block" V8. With 285 horsepower and 325 lb-ft of torque, the Z28 could move quickly. Its wide tires put plenty of rubber on the road for good acceleration, stopping, and cornering ability. A relatively long wheelbase helped stability. 1997 was the Camaro's 30th anniversary, and a special edition was offered on Z28 coupes and convertibles. It was primarily a cosmetic package, with Arctic White paint and Hugger Orange stripes, and special interior trim. In any trim, the 1997 Camaro Z28 was an impressive car with classic V8 muscle and tenacious grip.

This car can be won by winning the Clubman Cup.

This car is randomly assigned as a prize car in the Super Touring Trophy. This car has a chance of 1/3 (33% of probability) to come as a prize car. 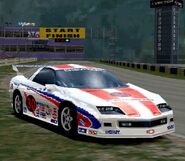 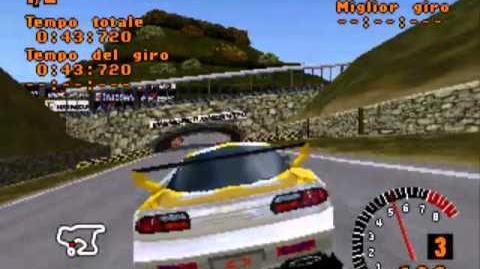 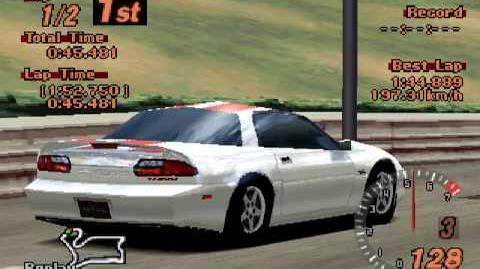 Retrieved from "https://gran-turismo.fandom.com/wiki/Chevrolet_Camaro_Z28_30th_Anniversary_%2796?oldid=134879"
Community content is available under CC-BY-SA unless otherwise noted.