Gran Turismo Wiki
Register
Don't have an account?
Sign In
Advertisement
in: Tracks, Fictional Circuits, Circuits with a tunnel,
and 4 more

Original Circuit based on a Real Life Location

The track is essentially a triangular shape, but it contains hidden depths that add to its complexity. Most notable of which is that it is set on a hillside, and so there are steep incline and decline portions of the track. Also, between the three hairpins, that make up the points of the triangle, there are three different styles of chicane that must all be approached differently.

This track can be raced at Sunrise, Morning, Daytime, Afternoon, Sunset or Dusk.

Sector 1 is the ascent up the hillside. This is the slowest sector on the track, as it contains two hard braking zones and contains two slow speed corners.

The first turn that must be navigated is a slight right that can be taken at full throttle, although this can be difficult to achieve if the player finds themselves understeering or on the outside line. Shortly afterwards is the first chicane and the beginning of the ascent; this is a slow speed series of corners that requires hard braking in order to navigate. This is a great section of the track to overtake on.

As the player exits the chicane, they will continue to rise up the hill through a slight left towards turns 5 and 6. Turn 5 is a high speed corner, but it is difficult to take flat out. If it is not possible to do so, it is recommended that the player slows down - preferably by lifting and coasting. Afterwards is a short braking area just before the corner immediately after.

Sector 2 is the descent down the hillside, with only minor inclines to create complicated undulation. However, it is incredibly high speed.

As the player descends, they will take a quick right before entering the high-speed chicane to follow, a series of left-right-left corners that undulates slightly. Entering this chicane at full throttle is exceptionally hard to achieve and it is recommended that players slow down slightly before entering. If the right line is taken, the player can driver through the corners at maximum throttle. Though caution must be taken with the steering as it is possible to oversteer at any point during this area.

After exiting the high speed chicane, the player will crest a small hill and go down a steep decline towards the second hard braking zone. As the player declines the hill, they should be prepared to hit the brakes hard and slow down enough. Failure to do so will result in understeer and going wide into the wall, missing the apex. This corner is another ideal overtaking opportunity, though it all depends on how well the player navigated the chicane.

Sector 3 is a predominantly flat sector that runs along the seaside.

Immediately after the sector split, the player will approach a set of 4 corners forming a 'bus stop' style chicane (nicknamed the "Chicane of Death"), similar to the one found on the streets of Monaco. While it can be taken at full throttle without slowing down, this is incredibly hard to achieve and very risky; it is recommended for beginners or those driving road cars to slow down before entry. Players should take the first right-left chicane and then slow down when they hit the outer rumble strip before proceeding to take the next left-right. The way the chicane is set-up allows for players to cut the curbstones without penalty. (NOTE: In real world racing, this would be classified as corner cutting and incur a penalty.)

Afterwards, the player drives through a tunnel before approaching the final hard braking zone of the lap. This corner is not dissimilar to the one they previously faced in the last sector, except that the exit isn't as wide and that the corner is slightly faster. This is also where the player should be lining themselves up if they are wanting to make a pit-stop, as the pit-lane entry zone is immediately after the turn. Otherwise, it is a simple dash to the control line to complete a lap. Similar to the previous hairpin, this corner is a good spot to overtake on, but it all depends on how well the bus stop chicane was taken.

Despite the tight turns and chicanes, as well as the sections where you can blast through at full throttle, this is a predominantly medium speed track that caters towards acceleration and grip. A set-up that allows the player to blast out of corners will help tremendously here, as there is always a chance to open up the accelerator after each set of corners - with the only exception being 5 to 6.

A low-medium speed gearbox will work well here, as it is unlikely - outside of the Group 1 category - to reach 300km/h (188mph). Thanks in part to this, high downforce is recommended. Due to the number of corners that can be taken at full throttle, this effect proves beneficial. However caution should be taken when increasing the downforce, as this can induce oversteer, which through the sector 2 chicane is likely due to its shape.

One caution that should be accounted for is the camber angle. Since almost all braking zones require slowing down from high speeds, it is necessary that the vehicle has sufficient stopping power. Excessive amounts of camber will hinder this and make it difficult to pull up from intended braking points. This can be compensated for through adjusting the brake bias, though setting it too far forward can make wheel locking easier than intended. 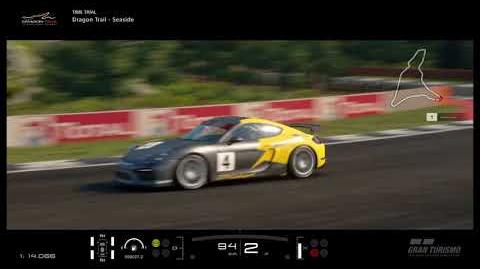 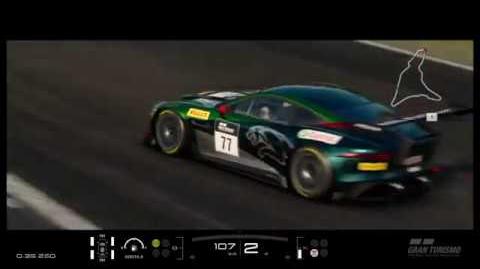