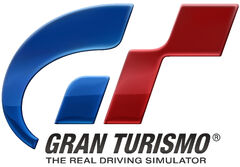 The Gran Turismo series is a popular and critically acclaimed series of racing video games developed by Polyphony Digital.

Developed exclusively for PlayStation systems, Gran Turismo games are intended to emulate the appearance and performance of a large selection of vehicles, nearly all of which are licensed reproductions of real-world automobiles. Since the franchise's debut in December 1997, over 70 million units have been sold worldwide for the PlayStation, PlayStation 2, PlayStation 3, and PlayStation Portable, making it the highest selling video game franchise under the PlayStation brand.

Gran Turismo can trace back its origins to 1992, when Kazunori Yamauchi set out with a group of seven to develop the original Gran Turismo, which took five years to complete.

Its official tagline is The Real Driving Simulator.

Retrieved from "https://gran-turismo.fandom.com/wiki/Gran_Turismo_(series)?oldid=122696"
Community content is available under CC-BY-SA unless otherwise noted.