The Honda NSX-R Prototype LM Road Car is a road car produced by Honda. It first appears in Gran Turismo Concept, and has appeared in every main game since, with the exception of Gran Turismo Sport.

"A Gran Turismo original, aimed to be the ultimate NSX."

Without question, the pinnacle of Japanese mid-engine sports cars is the Honda NSX-R. This high-speed version, the NSX-R Prototype LM, begins life as a standard Type R, but uses the addition of a lighter body and wider tires, along with a massive power upgrade for good measure.

The original NSX Type R made its debut in 1992 and underwent many major refinements prior to its second-generation release in 2002. The new model was lavished with numerous aluminum and carbon fiber parts, along with major renovations to the drivetrain. Despite these additions, it still felt like something was missing; the enhancements to the engine were limited to just a bit of fine-tuning.

The hearty 3.2-liter DOHC V6 with i-VTEC has seen its bore increased to yield an impressive 493 BHP at an incredibly lofty 10,000 rpm. The engine has been re-positioned to a longitudinal layout and the gearbox has been installed up front to mirror the setup found on the Japan Grand Touring Car-spec NSX. The driveshaft is connected to the rear tires through the oil pan underneath the engine.

With the new level of horsepower and a high degree of handling capability, this car is ready to take on any of the world's great racing circuits. Rather than stripping the interior, this NSX features luxurious leather-clad seats and wood trim in a nod to its street-legal status.

Although this NSX Type-R LM remains only a dream, in the world of Gran Turismo the possibilities are endless.

The player can unlock this car by getting the gold medal in the first Course License test, held at the Mid-Field Raceway.

This car can only be obtained by winning the Motegi 8-hour Endurance.

As a Standard car, the Honda NSX-R Prototype LM Road Car can be purchased from the Used Car Dealership for 488,699 Credits. It is a Level 14 car.

This car can be purchased for 489,000 Credits. It is a simplified car. 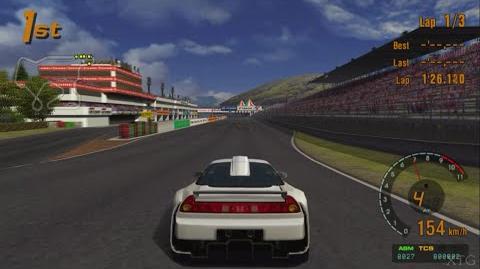 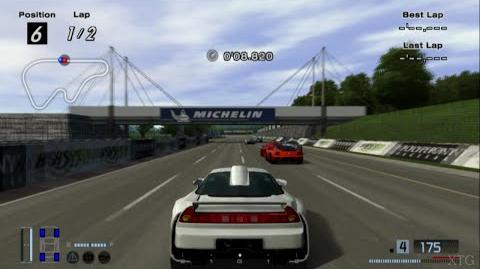 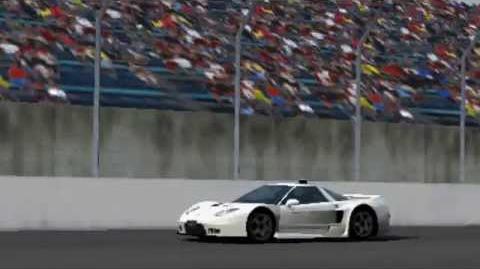 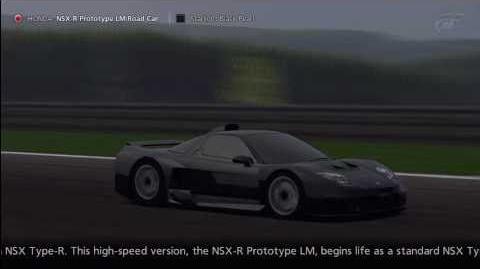 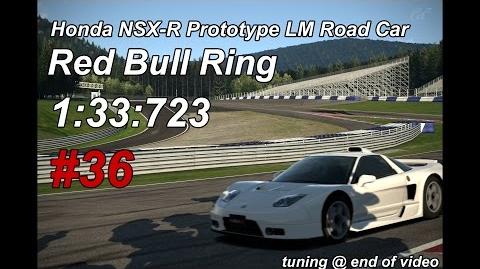 Retrieved from "https://gran-turismo.fandom.com/wiki/Honda_NSX-R_Prototype_LM_Road_Car?oldid=148354"
Community content is available under CC-BY-SA unless otherwise noted.