The Lotus Motor Sport Elise '99 is a race[1] car produced by Lotus. It appears in every main Gran Turismo game to date since Gran Turismo 2, with the exception of Gran Turismo Sport.

In Gran Turismo 2, only one color is available available for this car. It is unnamed in the game:

"A special Elise with racing equipment."

British sports car manufacturer Lotus introduced its first compact, distinctively styled Elise back in 1995 and, true to the company's heritage, it was a featherweight fighter, tipping the scales at a mere 700 kg.

Adopting a technology commonly used in the assembly of race cars (Lotuses have scored victories in both Formula 1 and the Indianapolis 500), the Elise featured a chassis composed of extruded aluminum that was bonded together with an epoxy adhesive. This not only gave the chassis a very high degree of torsional rigidity, but also the added benefit of light weight, only 68 kg.

Another philosophical carryover from the race track was found inside all four of the Elise's wheel wells: A double wishbone suspension design that featured uprights composed of extruded aluminum (for low-weight/high strength), complemented by aluminum MMC (Metal Matrix Composite) brake rotors, the latter element a production car first.

Originally, this mid-engine sports car was powered by a 1.8-liter DOHC inline-4 from Rover that produced 116 HP, but with the introduction of the Sports 190 in 1996, its power output was bumped up to 137 HP, thanks to a modified exhaust. A year later, a variable-valve-timing-equipped model saw its peak power elevated to 143 HP. Impressive, but the ultimate Series 1 Elise was the radical 340R, with its swoopy race car-like bodywork and mighty 176 HP engine.

This car can be purchased at the Lotus Dealership for 100,000 Credits.

This car can be purchased at the Lotus Dealership for 100,000 Credits.

This car can be purchased at the Lotus Legendary Cars showroom for 97,180 Credits.

As a Standard car, the Lotus Motor Sport Elise '99 can be purchased from the Used Car Dealership for 98,502 Credits. It is a Level 10 car.

This car can be purchased for 100,000 Credits. It is a simplified car. 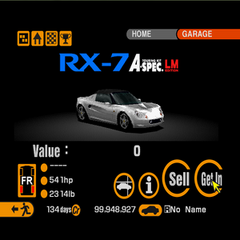 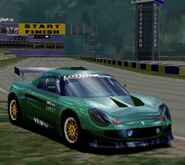 The Lotus Motor Sport Elise '99 as it appears in Gran Turismo 2. Note the gold wheels.

Retrieved from "https://gran-turismo.fandom.com/wiki/Lotus_Motor_Sport_Elise_%2799?oldid=143728"
Community content is available under CC-BY-SA unless otherwise noted.