The Mitsubishi FTO GP Version R '97 is a Road car produced by Mitsubishi. It appears in every main Gran Turismo game to date except Gran Turismo Sport.

There are three colors to choose from for this car:

"The top sports model of the FTO, with complete driving equipment."

More than two decades after Mitsubishi introduced its popular Galant FTO in 1971, the Japanese industrial giant revived the illustrious FTO nameplate with an all new car in late 1994.

While the Galant FTO of the Seventies featured an FR configuration (Front engine, Rear drive), the new FTO, built on the Lancer and Mirage platform, sent all of its engine power exclusively to its front wheels. This new FTO featured a short overall length, but wide body, so much that it was classified as a Japanese Class 3, quite rare for an FF sports coupe at the time.

In addition to a traditional 5-speed manual gearbox, the car was also available with an innovative 4-speed automatic transmission with an INVECS-II driving mode. The FTO's unique and swoopy styling, along with superior driving dynamics and excellent automatic transmission, won over many sports-car fans and was named Japan's Car of the Year in 1994.

Production for the FTO ended in 2000 as sports cars lost their allure in the Japan market.

This car can be bought at the Mitsubishi New Cars Dealership for 21,600 Credits.

This car can be bought at the Mitsubishi New Cars Dealership in East City for 21,600 Credits. Racing Modifications for this car cost 82,000 Credits.

This car can be bought at the Mitsubishi dealership for 21,600 Credits. It can also be won by winning the Japanese Championship in the Amateur League where it has a 25% chance of being won.

This car can be bought at the Late 90's Used Car Dealership for 21,600 Credits at 10 km. Other prices may vary depending on the mileage.

As a Standard car, the Mitsubishi FTO GP Version R '97 can be purchased from the Used Car Dealership for 15,551 Credits. It is a Level 1 car.

This car can be purchased for 21,600 Credits. It is a simplified car.

A Mitsubishi FTO GP Version R '97 with Racing Modifications applied. The livery is very similar to that of the Mitsubishi Lancer Evolution IV Rally Car '97. 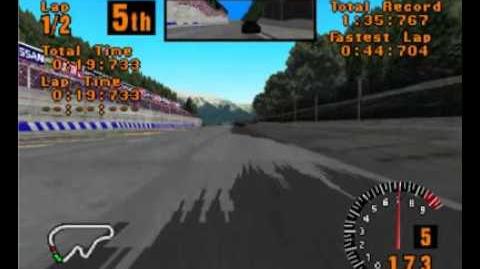 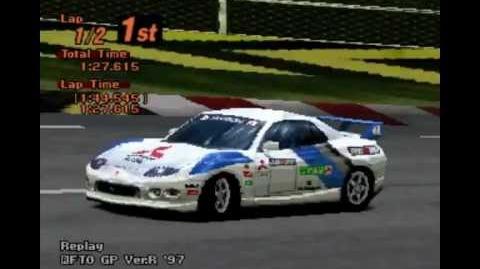 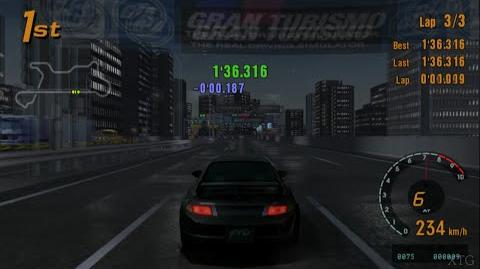 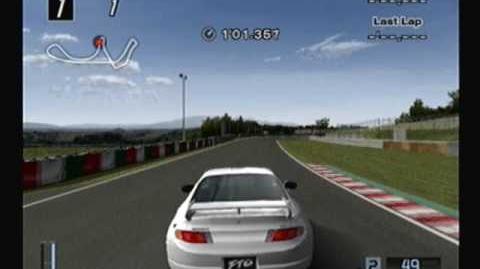 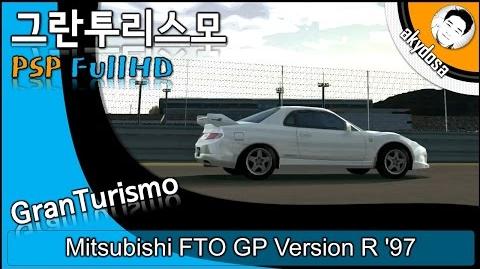 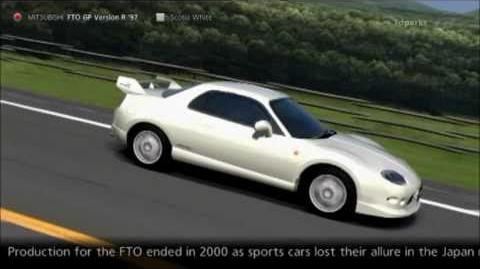 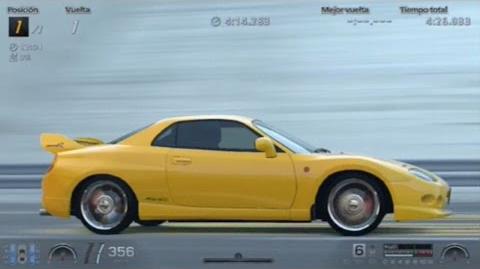 Retrieved from "https://gran-turismo.fandom.com/wiki/Mitsubishi_FTO_GP_Version_R_%2797?oldid=136452"
Community content is available under CC-BY-SA unless otherwise noted.