"An extreme rally machine with original modification to the Lancer WR car."

The Lancer Super Rally Car pays homage to Mitsubishi Lancer Evolutions glorious racing heritage in the WRC. It was based on the Lancer Rally Car, Mitsubishi's rally weapon in 2004, which sported a completely redesigned framework. What amazed people most about this car was its exterior. The front fenders flared out like a DTM racer, while the rear spoiler was relocated to the base of the window in order to attach another wing to the rear. The result of these changes increased downforce exponentially.

Powering the car was the Evolution VIII based 4G63, with a better low-end punch, thanks to a returned ball-bearing turbocharger. Output was roughly 296 HP and 397.8 ft-lb of torque.

The car's paint scheme was identical to the 1997 WRC Evolution IV. That year, WRC-class vehicle regulations allowed substantial modifications to the drive system (including the turbochargers), as well as changes to the suspension geometry, but Mitsubishi was alone in keeping its car status quo. The company firmly believed in keeping its cars as similar to the production version as possible, and continued racing with the Lancer Evolution IV under existing Group A regulations. Remarkably, Tommi Mäkinen went on to win the Driver's Title that year. In the middle of the 2005 season[1], Mitsubishi once again announced their withdrawal from the WRC, and the company had yet to return to the racing series it once dominated.

This car can be bought at the Mitsubishi New Cars Dealership for 1,250,000 Credits.

As a Standard car, the Mitsubishi Lancer Evolution Super Rally Car '03 can be purchased from the Used Car Dealership for 295,856 Credits. It is a Level 12 car.

The Mitsubishi Lancer Evolution Super Rally Car '03 as it appears in Gran Turismo 5 and Gran Turismo 6. The only cosmetic difference compared to earlier games is the removal of a small black rectangle containing a "Gran Turismo 4" logo on the hood (also present on the rear). as well as "2" from "PlayStation 2" text on the rear. Apart from this minor change, the car remained the same as in GT4 and GTPSP.
Add a photo to this gallery 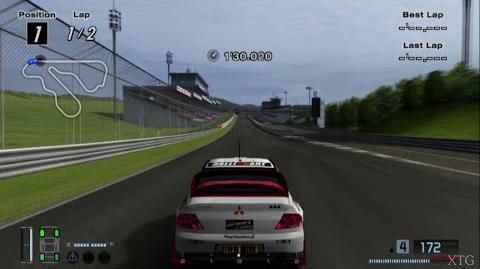 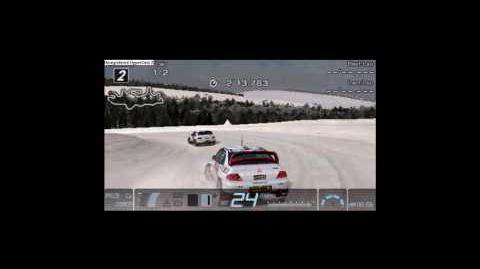 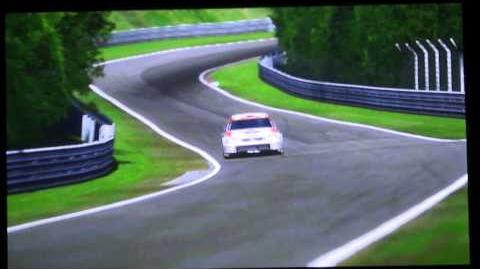 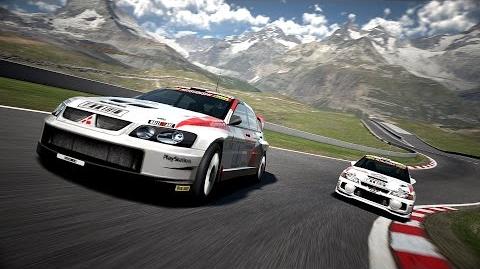 Retrieved from "https://gran-turismo.fandom.com/wiki/Mitsubishi_Lancer_Evolution_Super_Rally_Car_%2703?oldid=151090"
Community content is available under CC-BY-SA unless otherwise noted.