The Mitsubishi Lancer Evolution VI Rally Car '99 is a Race car produced by Mitsubishi. It appears in every main Gran Turismo game to date since Gran Turismo 2, with the exception of Gran Turismo Sport.

The car appears to be the #1 driven by Tommi Makinen, who won the 1999 World Rally Championship Driver's Title, becoming the fourth consecutive Driver's Champion at that time.

"The legendary machine remembered as the last winner of Group A racing."


Having dominated the WRC's Group A class in 1998, the Lancer Evolution V evolved into the Evo VI in 1999. For the new version, Mitsubishi made key changes to the engine that sharpened its response and improved durability and reliability. The car's high-speed stability was also addressed, at Mitsubishi installed a double rear wing to supply gobs of extra downforce.

The Evolution VI WRC's debut was at the fifth stage in Catalonia. Lead driver Tommi Mäkinen finished 3rd here, showing good promise for the new car. The Evo VI's first victory came in the 9th round in New Zealand, and this was followed by another victory at San Remo. With the championship on the line in the final race of the season in Great Britain, disaster struck when Mäkinen crashed and was eliminated from the competition. All hope seemed lost for Mitsubishi... that is, until race leader, Ford's Colin McRae, also crashed. His replacement, Carlos Sainz, experienced engine trouble, and he had to retire, leaving Mäkinen, who had been leading in the rankings at the start of the race in the Driver's Championship, without finishing the final race.

This car can be won by winning the Special Stage Route 5 All-Night. It has a chance of 1/2 (50% of probability) to come as a prize car. In addition, this car also appears in Arcade Mode as an unlockable rally car. In order to unlock it, the player must win a race in Arcade Mode on Rome Night at normal level or higher.

This car can be won by winning the Evolution Meeting, in the Amateur League section, or the Smokey Mountain Rally (Reverse) event.

This car is available to the player in Arcade Mode from the beginning. However, it can be selected only on dirt courses.

This car can be bought at the Mitsubishi Legendary Cars Showroom for 750,000 Credits.

As a Standard car, the Mitsubishi Lancer Evolution VI Rally Car '99 can be purchased from the Used Car Dealership for 293,657 Credits. It is a Level 11 car. 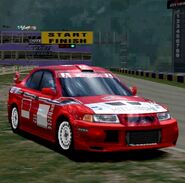 The Mitsubishi Lancer Evolution VI Rally Car '99 as it appears in Gran Turismo 2. 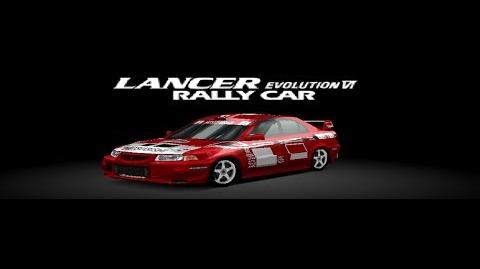 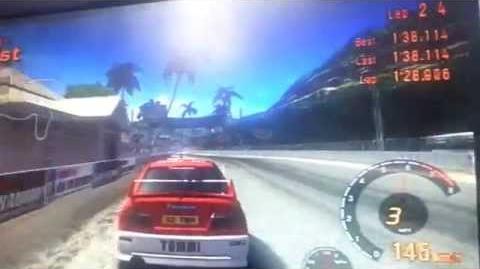 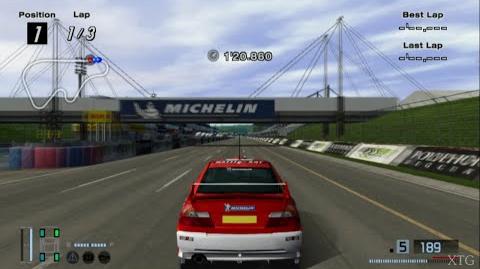 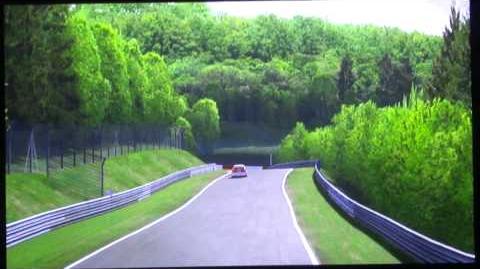 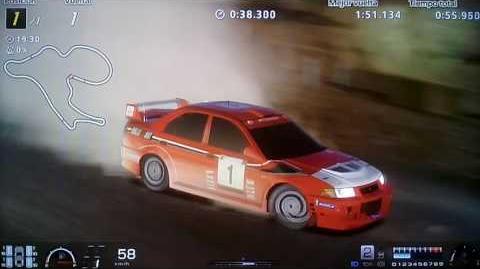 Retrieved from "https://gran-turismo.fandom.com/wiki/Mitsubishi_Lancer_Evolution_VI_Rally_Car_%2799?oldid=136511"
Community content is available under CC-BY-SA unless otherwise noted.