The Nissan LOCTITE ZEXEL GT-R '00 is a Race car produced by Nissan. It appears in every main Gran Turismo game to date since Gran Turismo 3: A-Spec, with the exception of Gran Turismo Sport.

The car appears to be the #1 driven by Érik Comas and Masami Kageyama, who achieved a 2nd place overall finish in the 2000 JGTC season.

"The highly-modified JGTC machine that fought for the championship."


Nissan found itself in a real dogfight after the 1999 racing season. Despite taking the championship two years in a row with the Skyline GT-R race car in the GT500 class, rivals, namely Honda and Toyota, were quickly catching up, and Nissan needed to make improvements to stay competitive. So for 2000, race engineers rerouted the steering column, which had run under the oil pan, over the cylinder head, allowing them to lower the engine, which in turn, would improve the car's center of gravity. It was such a drastic change that rival teams predicted the engine mounts would snap if the car ever ran off-course.

The underbody and suspension system were also reworked. Aerodynamic aids were employed to generate more downforce. The 2000 race Skyline GT-R had evolved into something completely different from its predecessor.

The Loctite Zexel GT-R driven by Erik Comas and Masami Kageyama managed to win the first race of the series, but were unable to take another checkered flag. However, the Comas-Kageyama team earned enough points with consistent finished to make a serious bid for the championship and entered the last race at Suzuka circuit ahead in points.

Saddles with a 70-kg weight handicap in the final contest, they were unable to keep pace with the Honda NSX and settled for a 2nd place finish for the 2000 season.

This car can be won by completing the All Japan GT Championship, in the Amateur League section. It has a chance of 1/4 (25% of probability) to come as a prize car.

This car can be bought at the Nissan New Cars Dealership for 1,350,000 Credits. 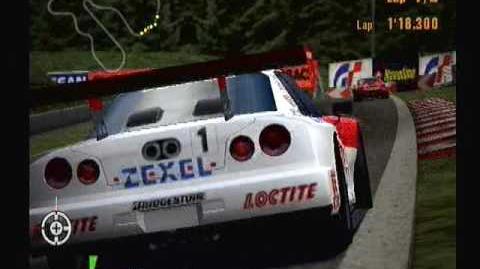 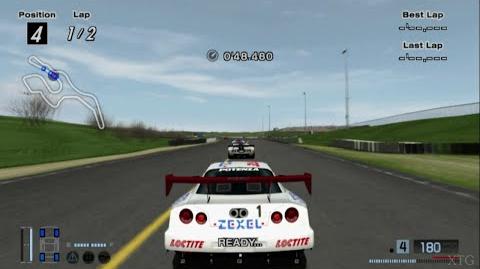 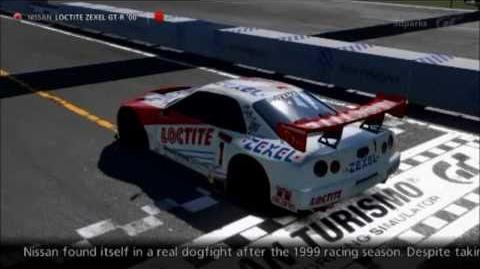 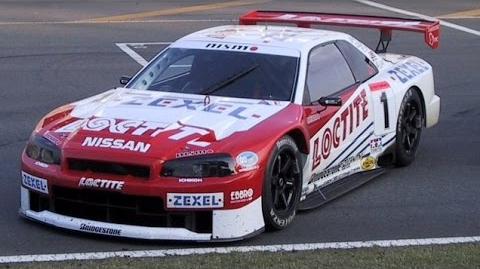 Retrieved from "https://gran-turismo.fandom.com/wiki/Nissan_LOCTITE_ZEXEL_GT-R_%2700?oldid=150637"
Community content is available under CC-BY-SA unless otherwise noted.