There are ten colors to choose from for this car:

"With distinctive lines and a cute face, this is a small car with a huge character."

The Nissan March was sold as the Micra outside Japan.

When Nissan unveiled the "mm" concept car at the 2001 Tokyo Motor Show, it was obvious that the car was fated to become the third-generation March. Sure enough, the new March rolled out the following year, marking its first full model change in ten years.

The new March was dramatically larger than the car it replaced, with an overall length, width, and height of 145.4 inches, 65.3 inches, and 60.0 inches. Respectively, this resulted in a more spacious cabin, although storage compartment was still tight, it held nothing more than a coupe of overnight bags. It was obvious that Nissan places a strong emphasis on styling.

Powering the car were the engines known as the CR series, a trio of DOHC inline-4s with 1.0-liter, 1.2-liter, and 1.4-liter displacements. Each came mated with the choice of a 5-speed manual gearbox or a 4-speed automatic; the CVT that had been available in the previous model was deleted. The March was initially available with front-wheel drive only, but six months after it went on sale, an all-wheel-drive hybrid-powered version was added. In 2003, Nissan added the 12SR to lineup. This sporty version had a 1.2-liter DOHC inline-4 that pumped out 107 HP. It had a refortified chassis to handle the extra power and came[1] only with a manual gearbox, signifying that it was for "drivers only".

The player can unlock this car by completing the lesson #3 in the Driving School area.

This car can be bought at the Nissan New Cars Dealership for 10,950 Credits. It is only possible in the international versions of the game.

As a Standard car, the Nissan MICRA '03 can be purchased from the Used Car Dealership for 10,032 Credits. It is a Level 0 car.

This car can be purchased for 10,950 Credits. It is a simplified car. 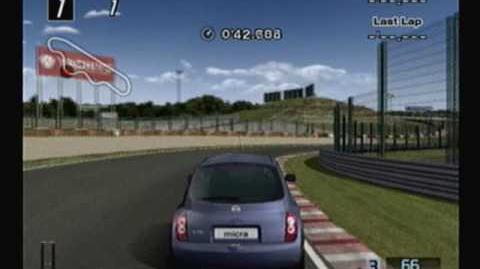 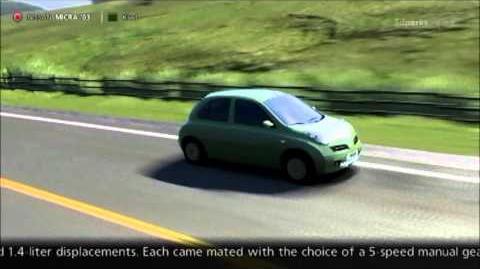 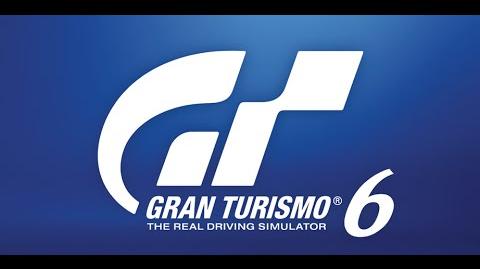 Retrieved from "https://gran-turismo.fandom.com/wiki/Nissan_MICRA_%2703?oldid=142892"
Community content is available under CC-BY-SA unless otherwise noted.