The car represented in the game is the #1 driven by Derek Warwick, Yannick Dalmas, and Mark Blundell, who finished the 1992 24 Hours of Le Mans in 1st place overall.

"The group C machine that emerged as series champion after winning 5 races out of 6."

In November 1988, after dominating the Paris-Dakar Rally, Peugeot announced their participation in the World Sports Car Championship in group C cars. The machine built for this purpose was the 905. It was developed by the engineer André de Cortanze, who was involved in F1 and other racing car development, who also designed the 205T16 for the Paris-Dakar.

A unique cowling was placed over the carbon monocoque, and it was given a 3.5L V10 normally aspirated (NA) engine. The vehicle weight was announced at 750 kg. The reason that it was an NA was because FIA prohibited turbos from 1991, and a decision was made to use engines that were on par with F1 standards.

Undeterred they went for it again in 1992. Though the 905 lost to Toyota in the opening round, it showed incredible performance from the second race, and won all of the remaining 5 races including the 24 Hours of Le Mans where they took first and third place. In its second year of full participation, it had already become series champion. In the following year the 905 entered just the Le Mans, where again they succeeded in dominating 1st through 3rd place.

Unfortunately, the world sports car competition ended after 1992, but the Peugeot 905 remains a legendary group C machine that appeared in its final days.

This car can be purchased from the Peugeot Legendary Dealership for 3,500,000 Credits. It is only available in the international versions of the game.

The Peugeot 905B Evo 1 Bis LM '92 as it appears in the PAL and NTSC-K (Korean) versions of Gran Turismo 4. Notice the Esso logos on the hood and on the rear wing. Also, the car originally had Magneti Marelli logos near the headlights. However, said logos were removed starting with Gran Turismo PSP.
Add a photo to this gallery 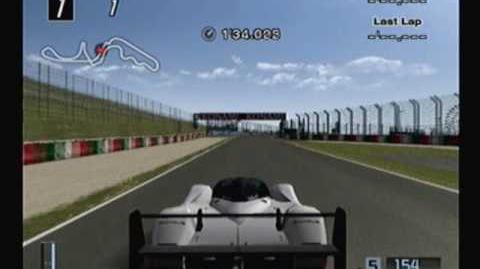 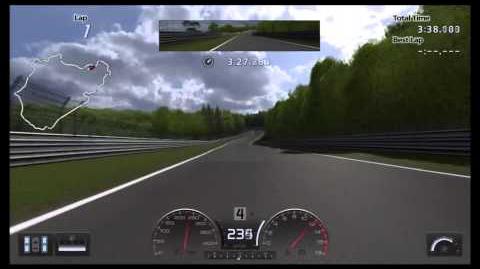