The Subaru IMPREZA Super Touring Car is a Race car produced by Subaru. It appears in every main Gran Turismo game to date since Gran Turismo 3: A-Spec, with the exception of Gran Turismo Sport.

Four colors are available for this car in every appearance:

"The type-GD Impreza with weight reductions for circuit use."

The 1st-generation Subaru Impreza WRC stormed onto the World Rally scene in 1997. This rally car was built according to WRC-class regulations introduced that year. Since improvements like engine swaps, 4WD conversion and suspension changes were now allowed, there was an opportunity for huge performance gains, but regrettably, the Impreza WRC's power output was kept at a modest 296 BHP.

So Gran Turismo decided to step in and create the Subaru Impreza Super Touring Car. Despite its strong rally image, this Impreza was tailored to circuit-racing specs and prepared for battle in touring car races all over the world.

Quite a few modifications were made. The body was rebuilt from the ground up with an all-carbon shell. The wings were widened in both the front and rear to accommodate the wide tyres, as well as to make room for the long suspension arms.

On the outside, the macho wide wheel arches draw attention. A large rear wing with huge fins was attached, as well as a front spoiler. There is also a large "power bulge" in the bonnet for cooling the engine. Despite all this, the car weighs in at a trim 1 ton or so.

The engine is an EJ20 2.0-litre DOHC flat-4 with a single turbocharger, and generates around 414 BHP. The 4WD system employs a reinforced mechanical centre differential, now a staple in the WRC. The front-rear torque-split ratio is adjustable between 25:75 and 50:50. The engine has even been repositioned in order to get closer to a 50/50 front-back weight distribution, giving the car fantastic maneuverability in the bargain. This car shows new possibilities for the Impreza.

This car can be acquired by winning Dream Car Championship in Amateur League or the Grand Valley endurance race. In both events, it has a 1/4 chance (25% in possibility) to come as a prize car. The car's name is listed as Subaru IMPREZA LM Race Car in this game.

Players can win this car from Stars of Pleiades located in the Subaru One-Make Championship races.

As a Standard car, the Subaru IMPREZA Super Touring Car can be purchased from the Used Car Dealership for 489,831 Credits. It is a Level 16 car.

This car can be purchased from the Subaru dealership for 500,000 Credits. It has a simple interior. 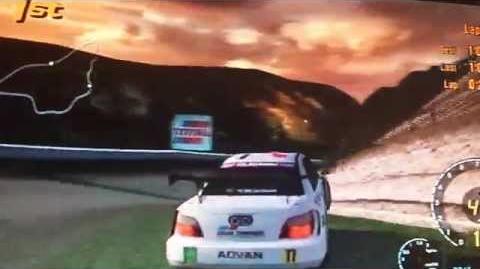 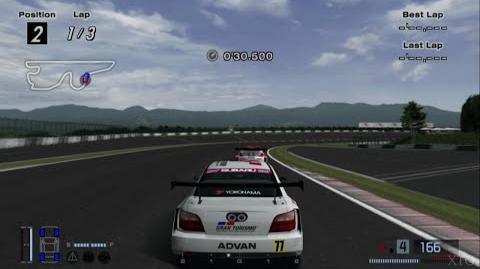 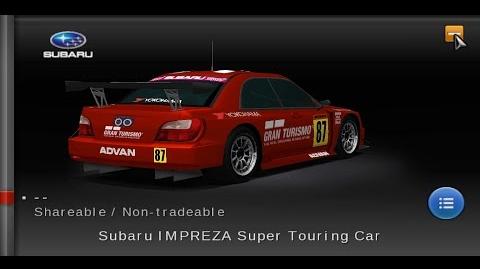 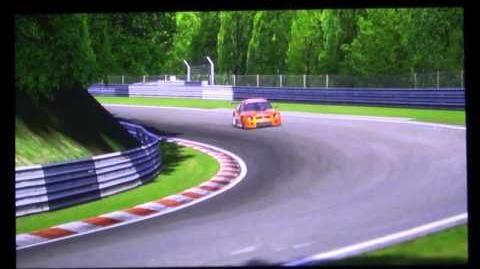 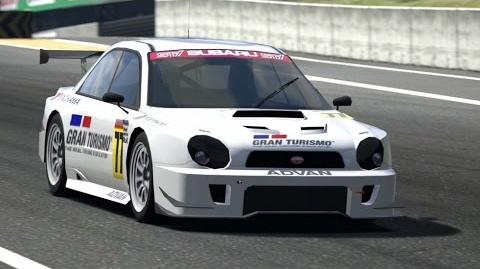 The Subaru IMPREZA Super Touring Car as it appears in Gran Turismo 3: A-Spec (on said game, it was monikered as an LM Race Car). This picture displays the Orange color scheme, only available on that game.
Add a photo to this gallery

Retrieved from "https://gran-turismo.fandom.com/wiki/Subaru_IMPREZA_Super_Touring_Car?oldid=152893"
Community content is available under CC-BY-SA unless otherwise noted.