The Toyota CELICA GT-FOUR RC (ST185) '91 is a Road car produced by Toyota. It first appears in Gran Turismo 2, and has returned in every main game since, except for Gran Turismo 3: A-Spec and Gran Turismo Sport.

There are five colors available for this car:

"The GT-FOUR limited model, packed with equipment for winning the WRC."

The Celica had long been the shining representative of Toyota's sporty image, and when the fifth-generation model was unveiled in September 1989, it would be the sportiest of all Celicas, a testament to its advertising slogan of Sugoi Subarashii, which translates to roughly "Amazing, wonderful".

The first thing that made this car stick out was its exterior styling. It featured a distinctive round shape that housed a spacious interior. The face consisted of retractable headlights connected by a dark line, which made it look like it was wearing a visor. The rest of the visual cues remained consistent.

Toyota completely re-engineered the car's chassis, significantly improving its rigidity. The reason for this was to make sure it could accommodate the car's new engine lineup that consisted of a 2.0-liter DOHC inline-4 with 163 BHP and a turbocharged 2.0-liter version that pumped out 222 BHP that saw duty in the top-of-the-line GT-Four.

The GT-Four took enthusiasts by surprise because of its potent nature. It possessed the world's first "Dual Mode 4WS", an advanced form 4-wheel steering. A model equipped with the company's "Active Sports" suspension was also added, but this was only limited to 300 units.

An even sportier version of the Celica made its appearance in 1992 in the form of the GT-Four RC, which celebrated the company's efforts in the WRC. Power of the engine was increased to 232 BHP. The following year saw Toyota win the WRC Manufacturer's and Driver's title.

This car can be purchased from the Toyota Used Car Dealership for around 11,200 Credits.

This car can be bought at the Used Car Showroom (Early '90s) for around 10,600 Credits. The exact price of the car may vary depending on the mileage.

This car can be purchased for 31,710 Credits. It has a simple interior. 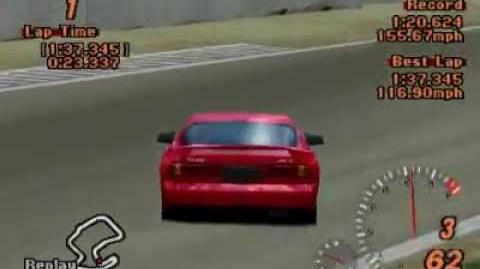 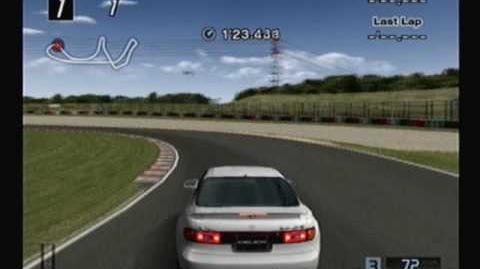 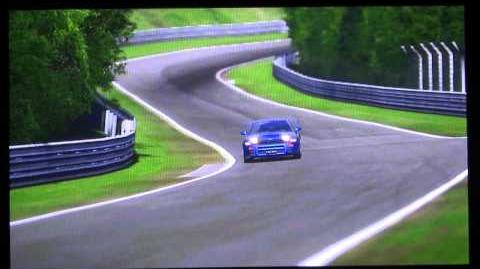 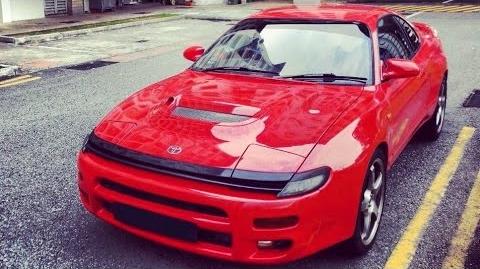 Retrieved from "https://gran-turismo.fandom.com/wiki/Toyota_CELICA_GT-FOUR_RC_(ST185)_%2791?oldid=141827"
Community content is available under CC-BY-SA unless otherwise noted.