The Toyota Castrol TOM'S SUPRA '00 is a race car produced by Toyota. It appears in every main Gran Turismo game to date since Gran Turismo 3: A-Spec, with the exceptions being Gran Turismo Sport and Gran Turismo 7.

The car appears as the #36 driven by Masanori Sekiya and Takeshi Tsuchiya, who achieved a 17th place finish in the 2000 JGTC season's GT500 class Driver's Championship.

"This JGTC machine was able to score points despite struggling with changes in regulations."

The following year, Tom's changed the tires of its Supra from Bridgestone to Dunlop, and then in 1999 to Michelin, with whom they already had a relationship with in the JTCC.

The combination of Tom's and Michelin that had shown overwhelming performance in the touring car championships are carried over to the JGTC, as the team immediately became a top contender for the title. To help try and gain a competitive advantage for their Supra over their rivals, Toyota introduced a fresh air system used in their high tech rally cars in the World Rally Championship (WRC), and it also developed a cooling/water injection system to the 3S-G turbocharged inline-4, increasing both its power and fuel economy.

Unfortunately, in the following 2000 season, vehicle regulations for the JGTC were changed to restrict some of these performance advantages. And though the Tom's Supra had high potential, it had difficulties with aerodynamic settings and experienced unexpected problems in competition. At the end of the season, Masanori Sekiya, the team's ace driver, announced his retirement from racing, making the 2000-spec Tom's Supra the last car that the veteran driver and 24 Hours of Le Mans winner drove in his racing career.

This car can be obtained in two ways:

The car is also available in Arcade Mode by default as an S-class vehicle.

This car can be purchased from the Toyota New Cars Dealership for 1,350,000 Credits.

This car can be purchased for 750,000 Credits. It has a Simple interior. 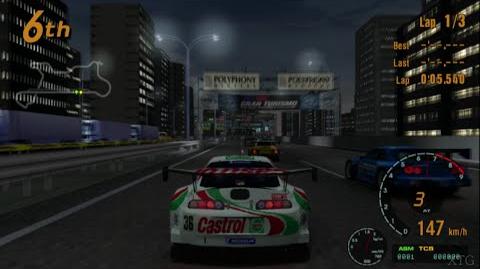 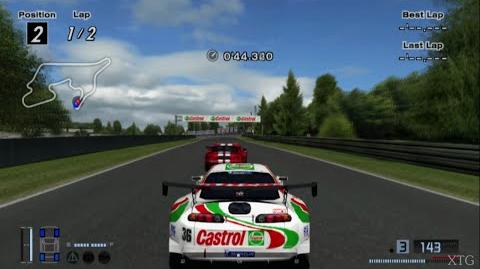 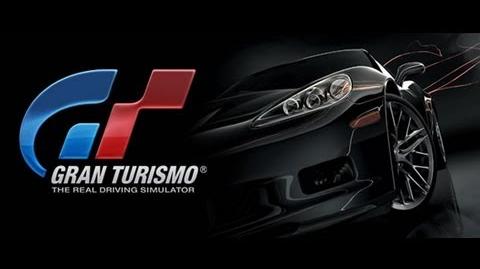 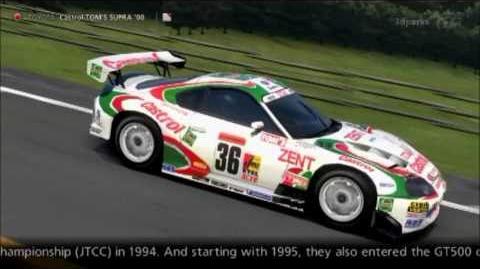