The Toyota Castrol TOM'S SUPRA '01 is a Race car produced by Toyota. It first appears in Gran Turismo Concept, and has appeared in every main game since, with the exception of Gran Turismo Sport.

The car appears to be the #36, driven by Takeshi Tsuchiya, Takuya Kurosawa, Paolo Montin, and Wayne Gardner, who achieved a 12th place finish in the 2001 JGTC Season.

"This 2001 version of the spec JGTC Supra featured improved torque and fuel economy."

For its assault on the 2001 JGTC title (Japan Grand Touring Championship), the Tom's team made major changed to its race GT500 class Tom's Supra.

Entering its third year using Michelin tires, the squad hired their former driving ace Masanori Sekiya as team director to oversee the race effort, along with drivers Takeshi Tsuchiya and Takuya Kurosawa, the latter replacing Sekiya, who had retired the year before.

The team's race car had evolved, now powered by an improved 3S-G turbocharged inline-4 with better fuel economy and increased low end torque. This was mounted to a body that was stronger and lighter, to minimize performance loss in case the car incurred weight penalties.

The car also underwent serious aerodynamic development, with the team experimenting with a different aerodynamic setup for each race track. At the same time, Michelin had gone forward in developing a tire that could deliver consistent performance over a wide range of road conditions. Through these efforts, the Tom's Supra of 2001 gained enough potential to fight for the championship title.

However, though the Castrol Tom's Supra showed stable performance and secured points in every race, it lacked the extra ingredient to put it over the top. The highest place finish for the car was the 5th in the 5th round at Twin Ring Motegi.

The player can unlock this car by winning a Normal Level race at the Mid-Field Raceway in reverse.

This car can be bought at the Toyota Dealership for 1,350,000 Credits. 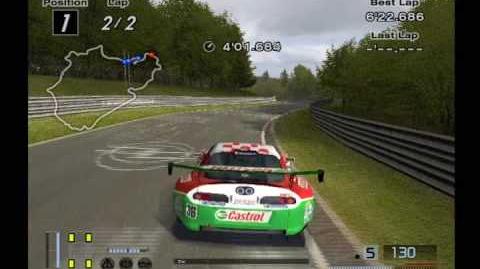 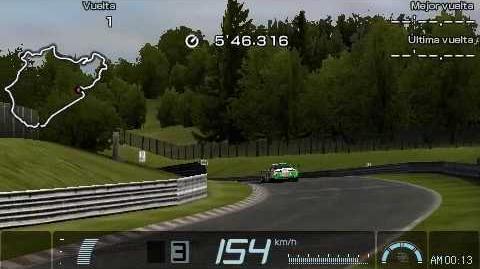 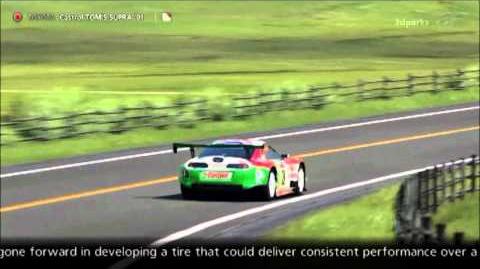 Retrieved from "https://gran-turismo.fandom.com/wiki/Toyota_Castrol_TOM%27S_SUPRA_%2701?oldid=150664"
Community content is available under CC-BY-SA unless otherwise noted.