The Toyota Motor Triathlon Race Car '04 is a Hydrogen-cell-powered concept car produced by Toyota. It only appears in Gran Turismo 4 Prologue and Gran Turismo 4.

The player can unlock this car by getting all gold medals in the Green section (lessons #1 - #6) of the Driving School area.

This car is showcased at the Toyota dealership, but is not available for purchase. It must be won by winning the 4WD Challenge. In this game, this car can only be used in Arcade or Practice modes. It can't be used in the races of Gran Turismo mode.

As a special car, the car can only be used in road courses in single-player Arcade Mode races, excluding Special Conditions tracks. 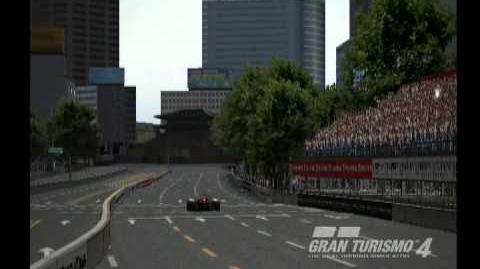 Retrieved from "https://gran-turismo.fandom.com/wiki/Toyota_Motor_Triathlon_Race_Car_%2704?oldid=151371"
Community content is available under CC-BY-SA unless otherwise noted.