The Toyota SPRINTER TRUENO GT-APEX (AE86) '83 is a sporty, top-of-the-line model of the fifth-generation Sprinter, once produced by Toyota. It appears in every main Gran Turismo game to date since Gran Turismo 2 along with its sister car, the Toyota Corolla Levin GT-APEX, barring it's appearance in Gran Turismo 3: A-Spec. Although not initially available in Gran Turismo Sport, it was later introduced as part of Update 1.38, released on April 23, 2019.

The player can select two colors when they buy this car.

"The original hatchback 86, whose lack of rigidity was more than forgivable."

Already considered a classic among enthusiasts today, this compact car has become a favorite for drifters and has been featured in movies and comic books. The car has roots stemming from the Corolla/Sprinter, but when they changed the layout to FF (Front engine/Front drive), the sporty versions in the lineup, the Corolla Levin and Sprinter Trueno, remained rear-wheel drive.

The “8-6” (or hachi roku, as it was nicknamed in Japan for its chassis code) developed an immediate following because of its rear-drive layout, light weight, excellent handling and affordable price tag. It came in two shapes: a 3-door hatchback and a 2-door notchback. The main difference between the Levin and Trueno was the front end, where the former featured a horizontal grille and fixed headlights and the latter no grille and retractable headlights.

Providing power was the newly developed 4A-GEU, a 1.6-liter DOHC inline-4. This engine featured some of the day's most advanced technology, including EFI-D, which calculated fuel amount through a pressure sensor, and the T-VIS (Toyota Variable Induction System). This helped the four-cylinder to produce 128 BHP and 109.9 lb-ft of torque.

It revved freely and quickly, and demonstrated excellent throttle response, making the car wonderfully controllable through tricky corners. The suspension, body and engine worked harmoniously together to provide real sports car attributes. It was this performance and personality that made the “8-6” loved by so many.

This car can be bought at the Toyota Used Cars dealership for around 6,500 Credits.

This car can be bought at the 80's Used Car dealerships for 5,375 Credits, though price varies depending on mileage.

As a Standard car, the Toyota SPRINTER TRUENO GT-APEX (AE86) '83 can be purchased from the Used Car Dealership for 12,374 Credits. It is a Level 0 car.

This car can be bought at the Toyota dealership for 15,360 Credits. It has a simple interior.

A Toyota SPRINTER TRUENO GT-APEX (AE86) '83 with racing modifications applied. It is based on the car driven by Keiichi Tsuchiya during the 1984 Fuji Freshman Series. 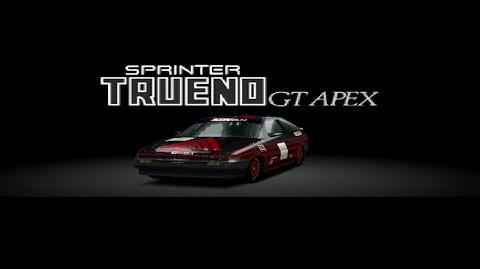 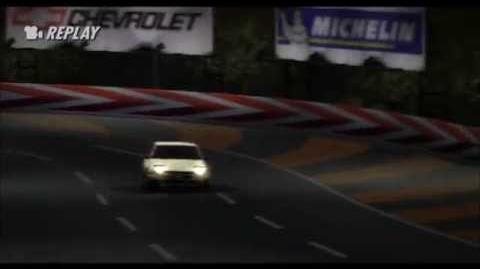 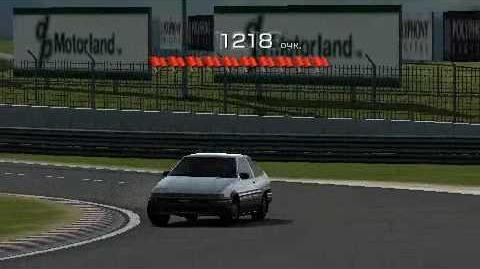 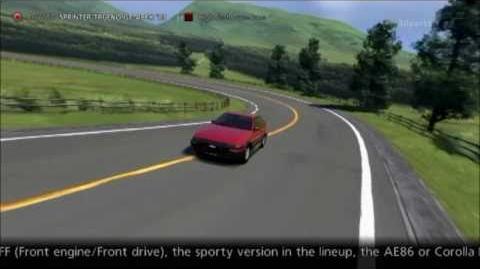 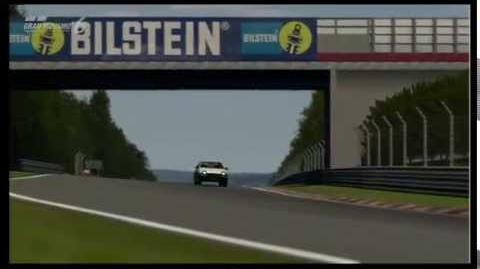 Retrieved from "https://gran-turismo.fandom.com/wiki/Toyota_SPRINTER_TRUENO_GT-APEX_(AE86)_%2783?oldid=149482"
Community content is available under CC-BY-SA unless otherwise noted.