The Toyota Supra is a 2-door sports car/grand tourer produced and manufactured by the Japanese car company Toyota from 1979 to 2002. It is one of the few performance coupes that Toyota produces, along with the Celica, which is the vehicle the Supra is based on. The Supra's design would remain similar to the Celica's until mid-1986, when the Supra (in it's 3rd generation model, the Mark/MKIII) became it's own model and would no longer bear resemblance to the Celica. The Supra was also based on it's predecessor, the Toyota 2000GT, as it has an engine similar to that of the 2000GT. This engine would be on the first 3 generations of the car.

In 2018, Toyota launched a revival of the nameplate, sold under the "Gazoo Racing" (GR) brand; the car began sales the following year, with styling loosely based on the Toyota FT-1.

The Supra in Gran Turismo[] 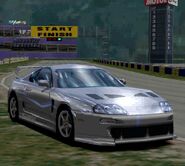 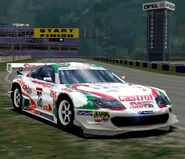 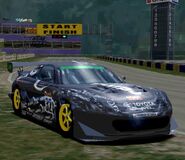 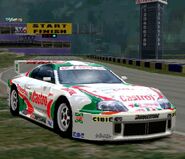