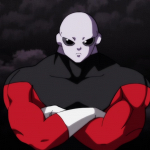 I joined this wiki back in March 2015, after seeing that the wiki, at that time, was lacking information about the earlier games of the Gran Turismo series, especially the cars from the first two games. From September 2015 to September 2019 I've covered the admin role, but I'm still active as a content moderator. As a content moderator, my primary job is to ensure that the information listed in this wiki is accurate to the games.

The following is a list of Gran Turismo games I own, ordered from acquisition order:

Retrieved from "https://gran-turismo.fandom.com/wiki/User:Formula_Racer?oldid=145049"
Community content is available under CC-BY-SA unless otherwise noted.